New Year's Eve is full of anticipation as we watch the clock inch toward midnight. Hunter PR, representing Don Julio, came to Nadel to create a limited-edition bottle of 1942® Tequila. To build excitement around the New Year, the bottle was delivered with a perfectly timed, golden lock that popped open right as 2021 began. This special set (which included the locked bottle as well as other products for an unforgettable evening) was shared with social media influencers and DJs to ring in the New Year "like a Don," whether they were out on the town or at home. Of course, Don Julio was a welcome addition to any guest list.

We were tasked with creating a matching golden timer lock and bottle cuff that would stand out at even the most opulent New Year's gala. Our team had less than three months to create the kit, which was only possible to achieve because of our talented partners and vendors in the United States and abroad. 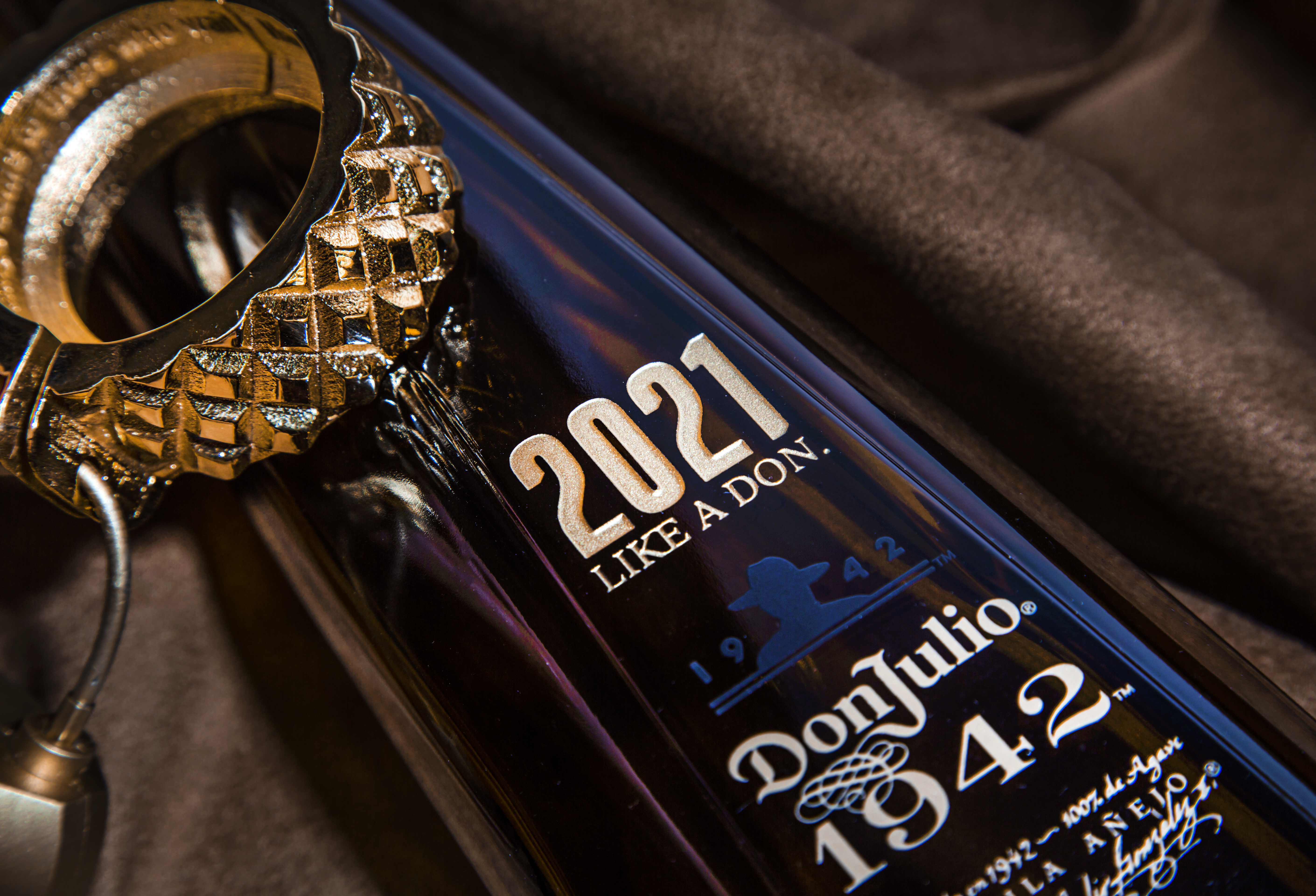 Meeting our client's strict deadline required creativity, collaboration, and quick decision making. This included sourcing a timed-lock manufacturer in China, and working with a Los Angeles-based 3D printer and metalworker to create the 24-carat gold cuff. We also worked with a resin craftsman in Carson, California, to do the moldwork.

When the locks arrived from overseas, we realized they weren't an exact match to the gold on the cuff. Because we wanted it to exceed the client's expectations and create a premium experience for their audience, we had a local professional car painter match the lock to the cuff's gold. 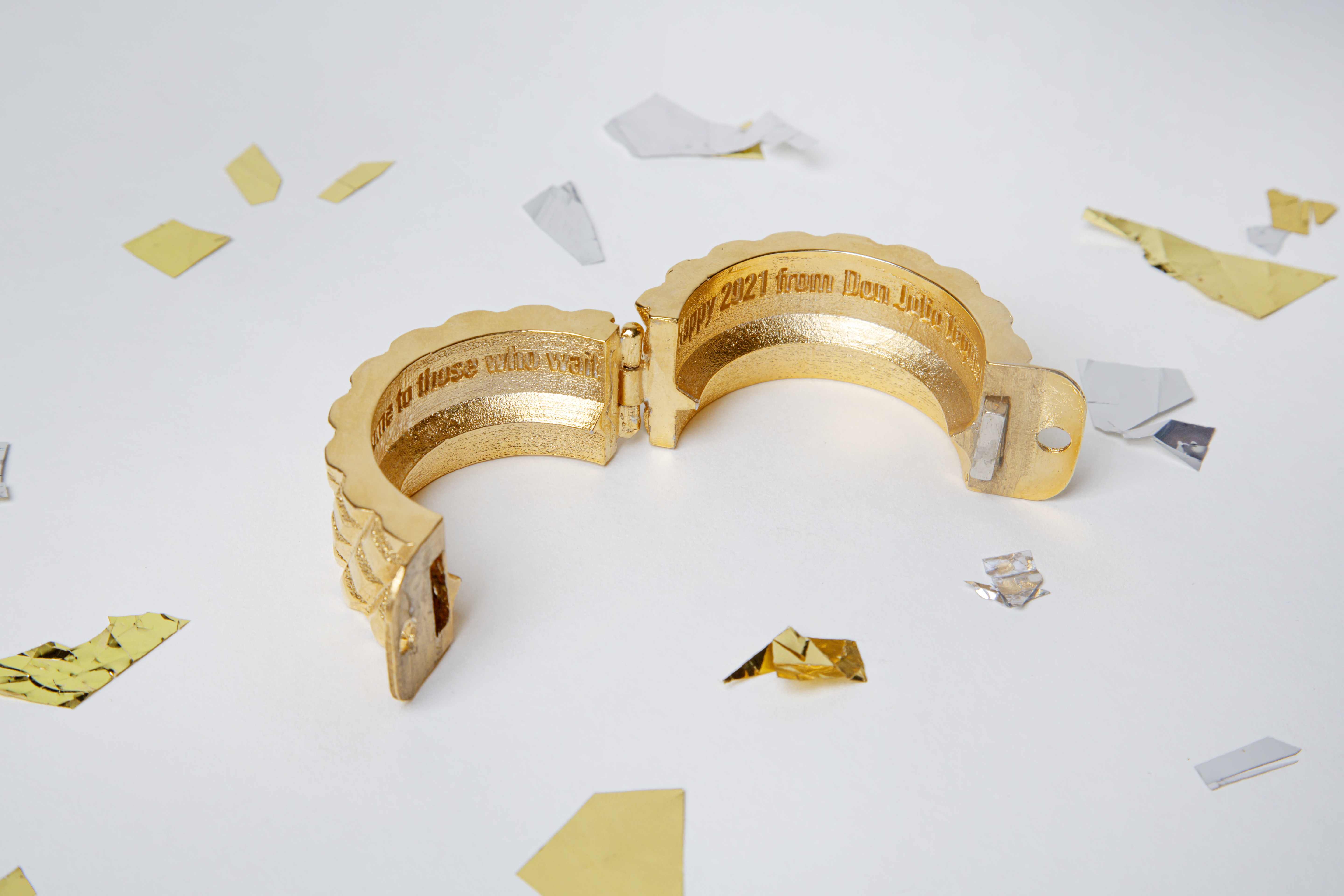 Initially, we were working with our client's fulfillment team to set the locks so they would open right as the clock turned to midnight on New Year's Eve. We then realized that they forgot to consider time zones (the bottles were going to be sent all over the country), which required us to reset the timers in our office.

Fortunately, we had some extra tequila on hand to celebrate once all the locks were timed down to the second. 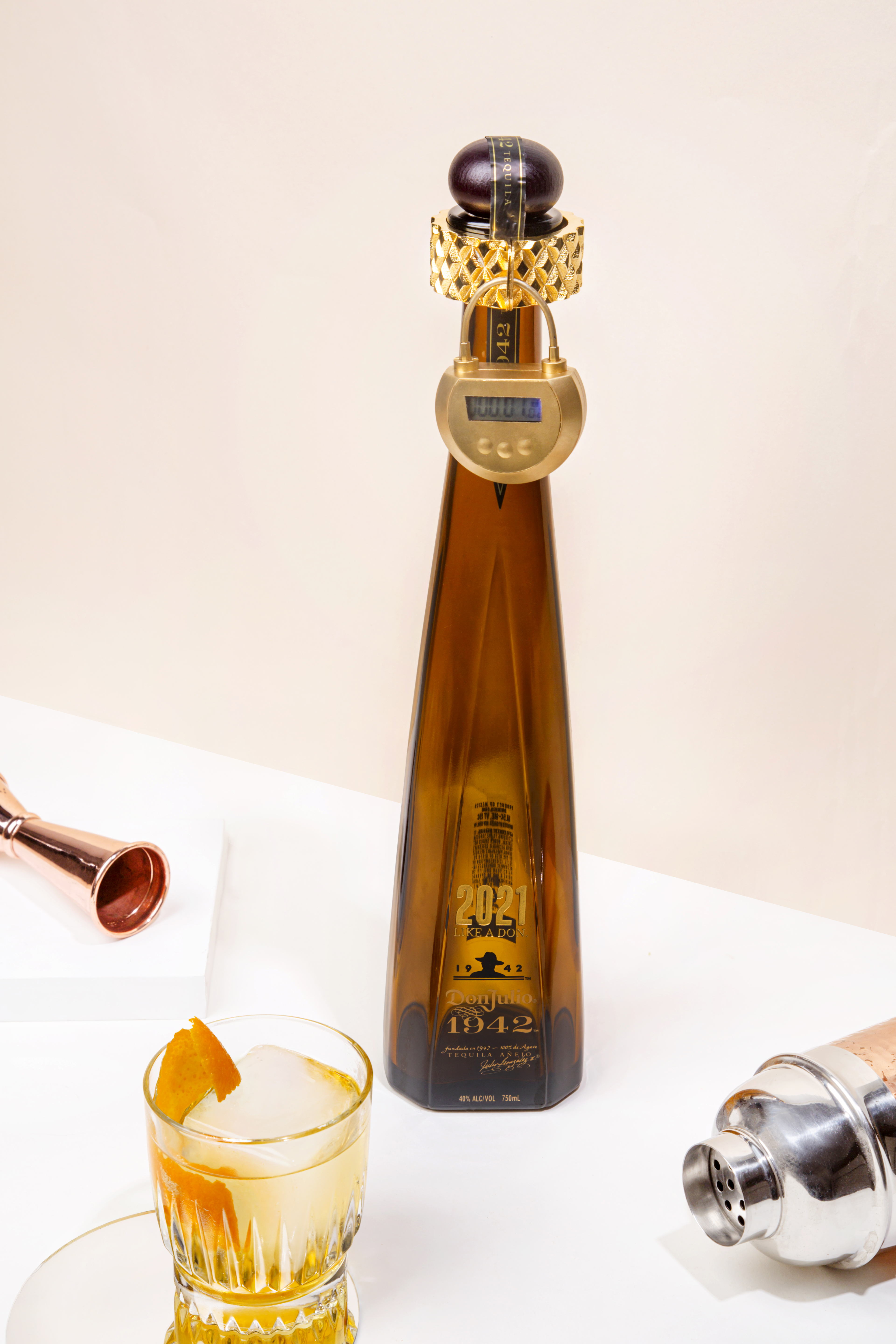 This project was a true team effort and we couldn't have been more thrilled with the outcome. We hit the deadline for the delivery of these bottles at the (literal) eleventh hour to an incredible response. Influencers couldn't stop talking about the one-of-a-kind gift on social media and blogs, and it also got coverage in media outlets such as the Cocktail Courier and Delish. It felt even more special as the 1942® Tequila was in short supply due to the COVID-related shipping delays. We went above and beyond when it came to meeting Hunter PR's goals of making Don Julio's 1942® Tequila the most in-demand liquor of the holiday. 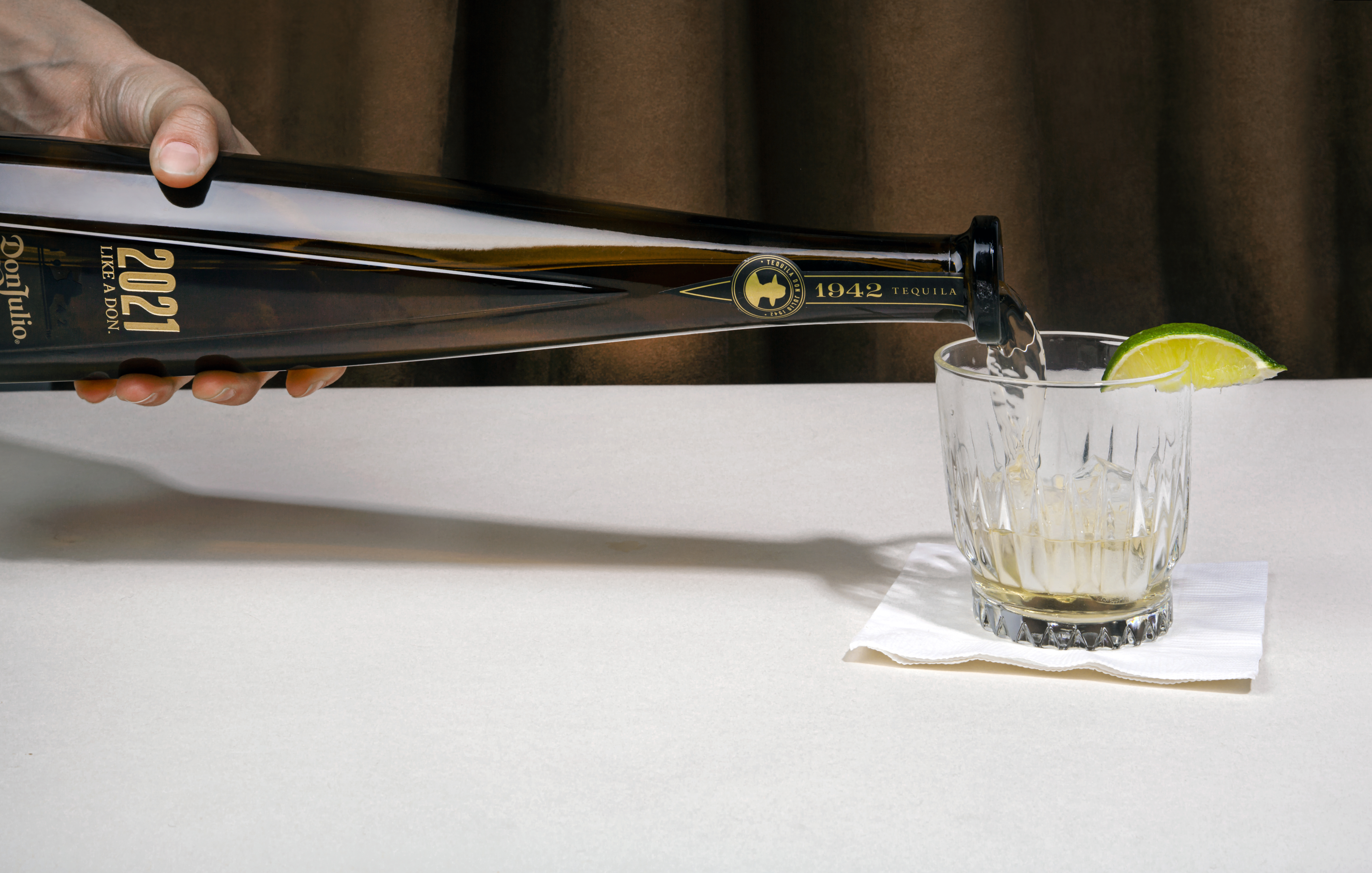 The gold bottle cuff was crafted from 24-carat gold and featured jewelry-quality bevelling.
Of course, the elegant bottle took center stage, but it also came with party accessories including a bluetooth speaker, instant camera, craft cocktail mixes and party decorations. 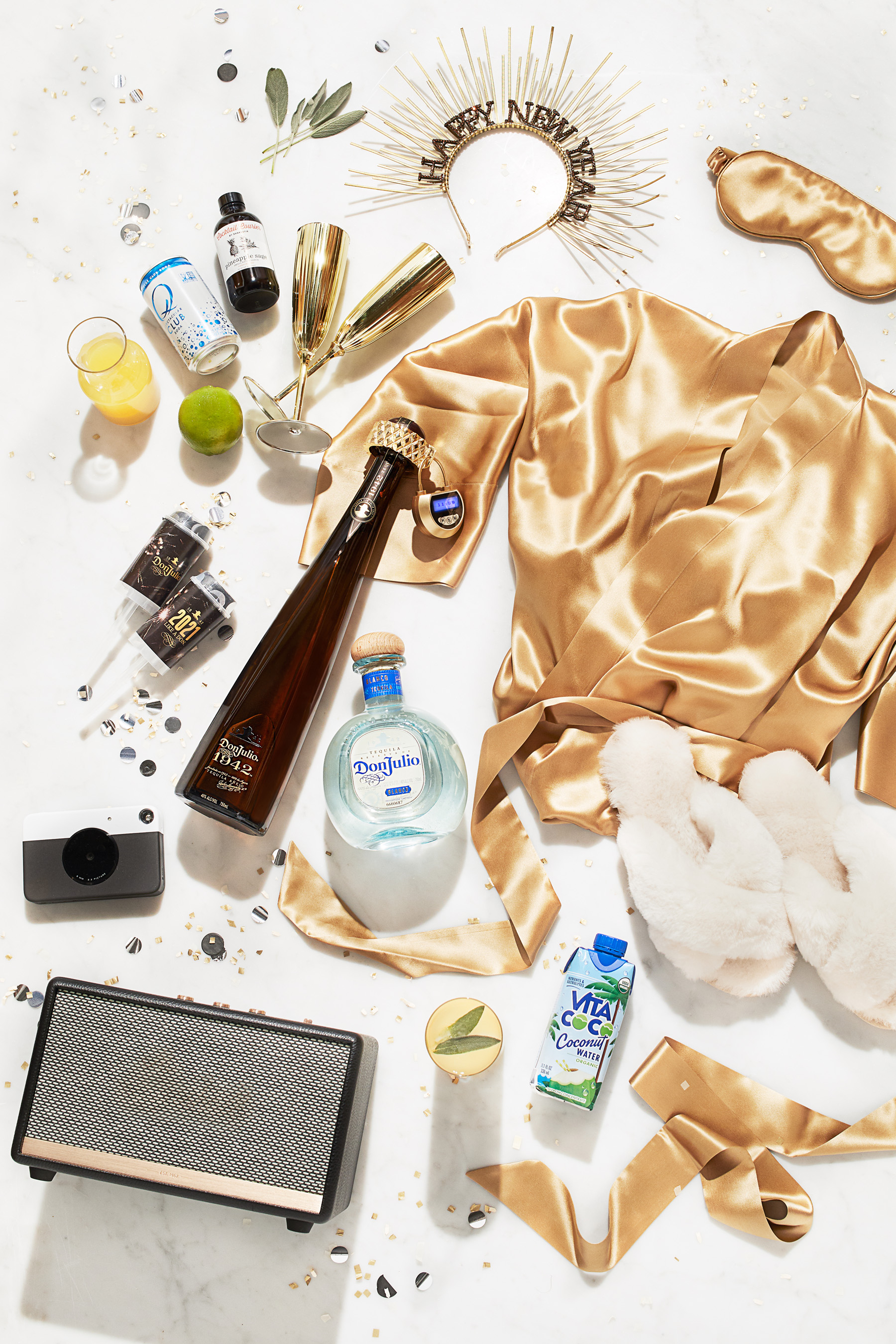 "A couple steps along the way, I realized that this was actually going to come together, including a lock that would open at exactly midnight, to the second. It's a great solution and one of the projects I'm most proud of creating with Nadel. The outcome was immensely rewarding."

Thank you for reaching out!

We will be in touch shortly.